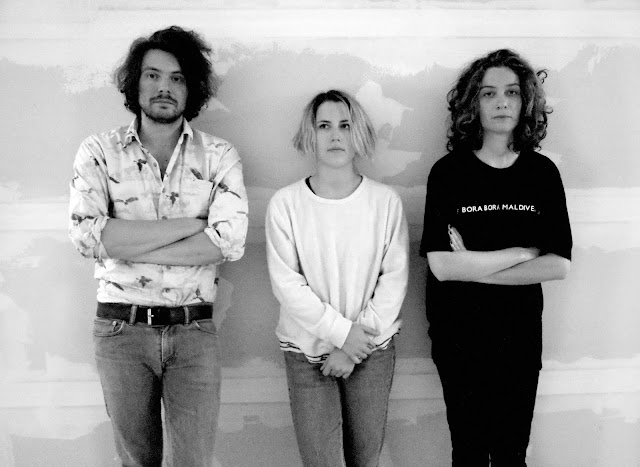 Bechamel is a Europunk-trio based and founded in Berlin in 2017. They have been active in their current lineup since mid 2018, roaming the Berlin underground relentlessly with a classic bass-drums-guitar setup, and proclaiming their sound hybrid of dry-as-a-bone punk, garage rock and witty psychedelica. Amidst numerous concerts between the capital city and its periphery, the band’s debut EP was created underneath the pavement of Neukölln: "Bechamel - Mucho" captures the essence of a year-long band history, which is shaped by lineup changes, musical reorientation and an overall impetuous attitude. The self-produced EP is in part retrospective, yet it marks the emergence of a band eager to experiment towards a distinct sound aesthetic. Before returning to the studio, Bechamel will be on a month-long tour in September 2018 through Germany, France and Switzerland.

"Mucho EP" will be released on vinyl and digital download via blankrecords.