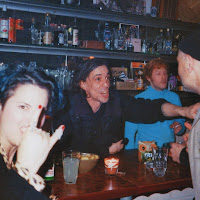 Bechamel is a Europunk-trio based and founded in Berlin in 2017. They have been active in their current lineup since mid 2018, roaming the Berlin underground relentlessly with a classic bass-drums-guitar setup, and proclaiming their sound hybrid of dry-as-a-bone punk, garage rock and witty psychedelica. Amidst numerous concerts between the capital city and its periphery, the band’s debut EP was created underneath the pavement of Neukölln: "Bechamel - Mucho" captures the essence of a year-long band history, which is shaped by lineup changes, musical reorientation and an overall impetuous attitude. The self-produced EP is in part retrospective, yet it marks the emergence of a band eager to experiment towards a distinct sound aesthetic. 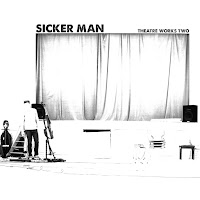 Theatre Works is the second Samples with music that Sicker Man aka. Tobias Vethake wrote for Theatre and Film.
The selected Tracks are mingling ambient soundscapes with distorted noises and beats. All pieces are played and recorded on analog equipment. It is an example for the successful combination of classical instruments and modern sounds, that is intense and exciting.
Sicker Man plays Cello and several analog Synthesizers and Effect Pedals. On the Track "Ghosts" he is for the first time supported by a string quartet. He composed the Music that the Florestan Quartett performs so impressivly.
This is not a random combination of different tracks, it works really well as an album, a soundtrack to our lives. 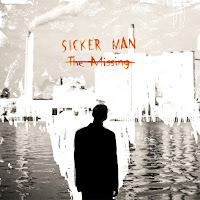 Like his previous album VICCA TANTRUM, THE MISSING is also a concept album. This time the background story is based on the novel "Amerika" by Franz Kafka – also known as the "The Man Who Disappeared" or "The Missing". "Amerika" is about the failure of an individual in society. "Musical individualism has always been a key theme for me," says Tobias Vethake. On this album, the intention was to portray the contrast between the individual and the anonymous masses through musical means. Therefore, a single voice often stands in the face of massive walls of sound. The singing voice suggests the inner voice of the protagonist, which lyrically addresses personal feelings rather than relating a concrete story. Vethake's longtime collaborator KIKI BOHEMIA is present as an additional vocalist on several tracks on THE MISSING. Bohemia is not only a talented and extremely versatile singer, but also a producer with her own unique musical language. Her voice has characterized the Sicker Man sound from the beginning. In addition, THE MISSING features Johannes Döpping (SCHNAAK, TARANTATEC) on drums and Gerhard Schmitt on pedal steel. 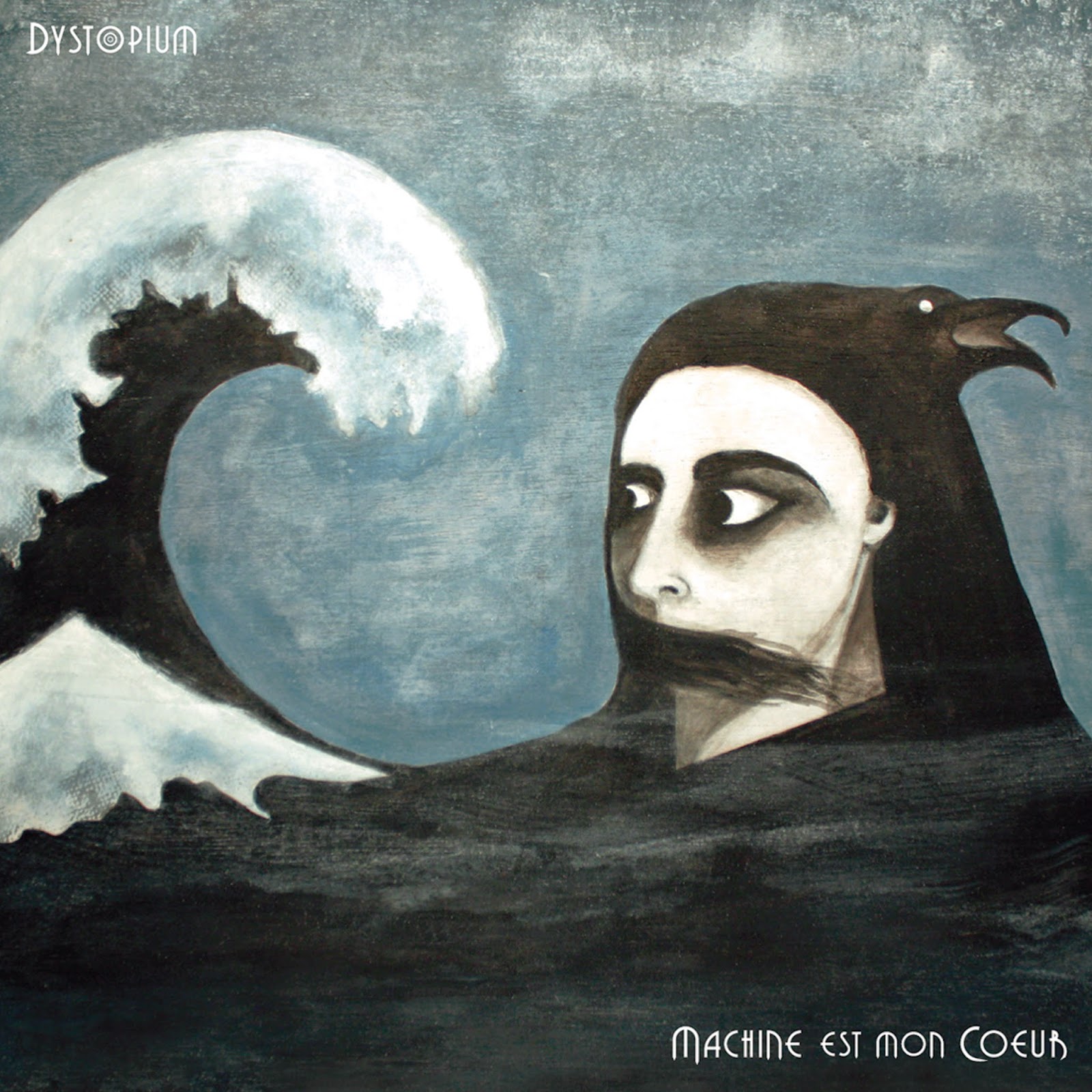 Weaving a universe made of dreams and sound collage…Machine est mon Coeur is Lo-fi, dark-pop for lovers, dreamers and somnambulists.
Driven by moody piano and synths (Gabin Lopez), and swept with ghostly guitars and vocals (Bianca Calandra).
Their debut album ‘Dystopium’ will be released in February 2015 on Blank Records.
‘Dystopium’, a fusion of the words ‘Dystopia’ and ‘Opium’ sets the overall dreamy/hypnotic mood of the album. In a time saturated with ultra-consumerism, manipulation and escapism , Machine est mon Coeur felt that the image of the dystopian world is ever-relevant…where the controlled ‘sleepwalker’ roams lonely and unconscious.
The album was recorded in an old house lost in the French country-side amidst cold, star-filled nights, skeletal trees and foggy days. The band produced the album themselves, combining the writing/recording/producing processes, an approach closer to collage (as opposed to more traditional production.) ‘Dystopium’ was mixed in Berlin by Tobias Vethake (Sicker Man/ Mini Pops Junior). 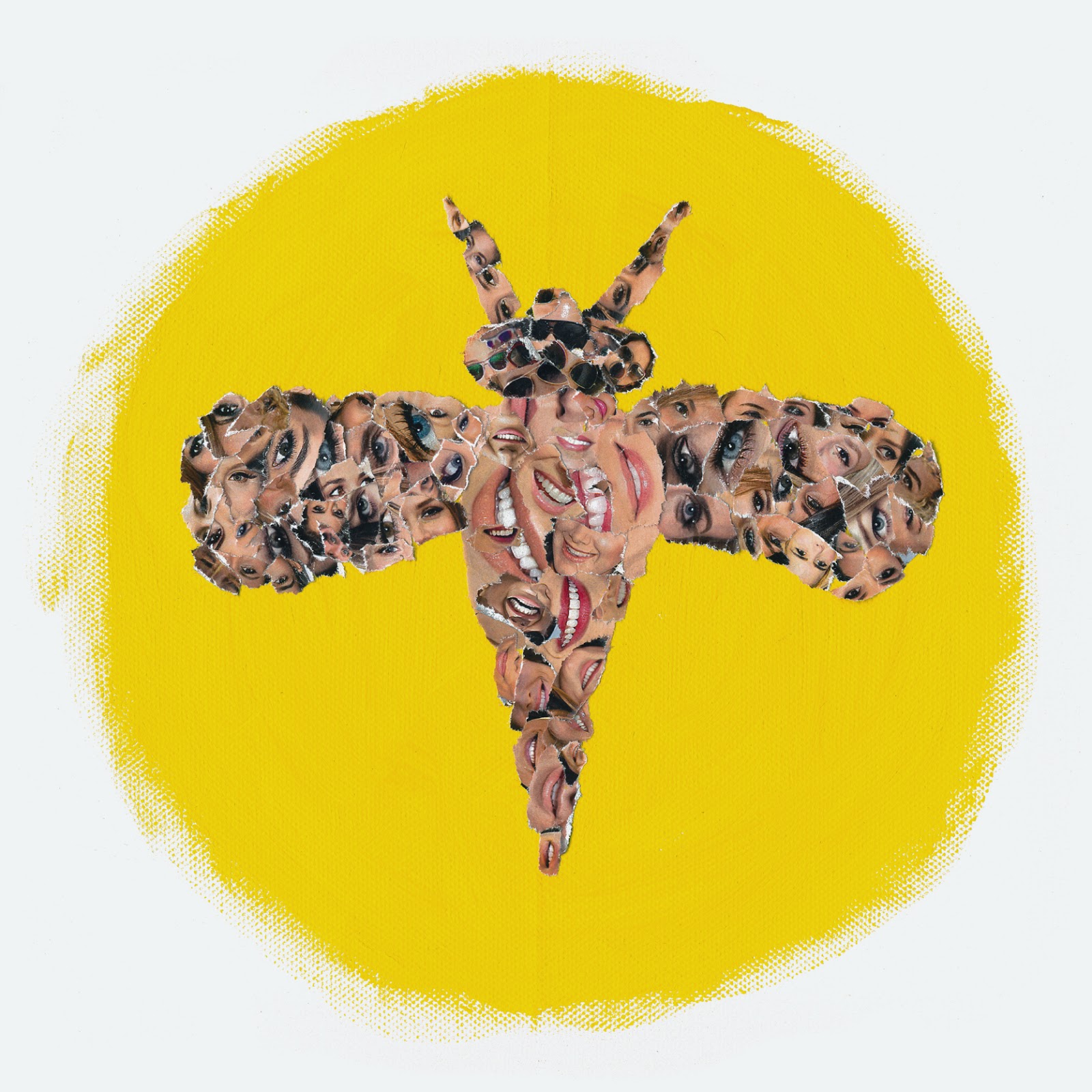 With their third studio album „KOMA“ the duo MINI POPS JUNIOR submit a work that isn‘t easy to locate in the present field of musical genres. Both describe their idiosyncratic, based on extended improvisations style as Jazz Drone and Kraut Step.
"Rather than trying to keep up with the platitudes, we prefer to go into retreat and don‘t prohibit ourselves any musical excursion or style. It is all about immersion, minimalism and getting closer to the core of things. and we do this with the help of improvisation. A spiritual music for atheists."
To record these hypnotic soundtracks and soundsculptures MINI POPS JUNIOR choose the seclusion of an abandoned, Catalan lighthouse at the eastern edge of the Iberian Peninsula.
Two tracks on „KOMA“ (“A 03 ravine“, „B03 shifted mind“) were recorded completely
live in a 60 meter tunnel under a go-kart track in the Berlin Hipster district „Neukölln“.
Comparisons with David Lynch and John Carpenter are as reasonable as with Bohren and the Club of Gore and Peter Brötzmann.
MINI POPS JUNIOR take the uncontrollable beauty of improvisation to go sleepwalking with the ghost of pop music. Both protagonists come from very different backgrounds, but they still form one organic sound body. An exciting blend of Jazz, Drone, Postrock and Dubstep. 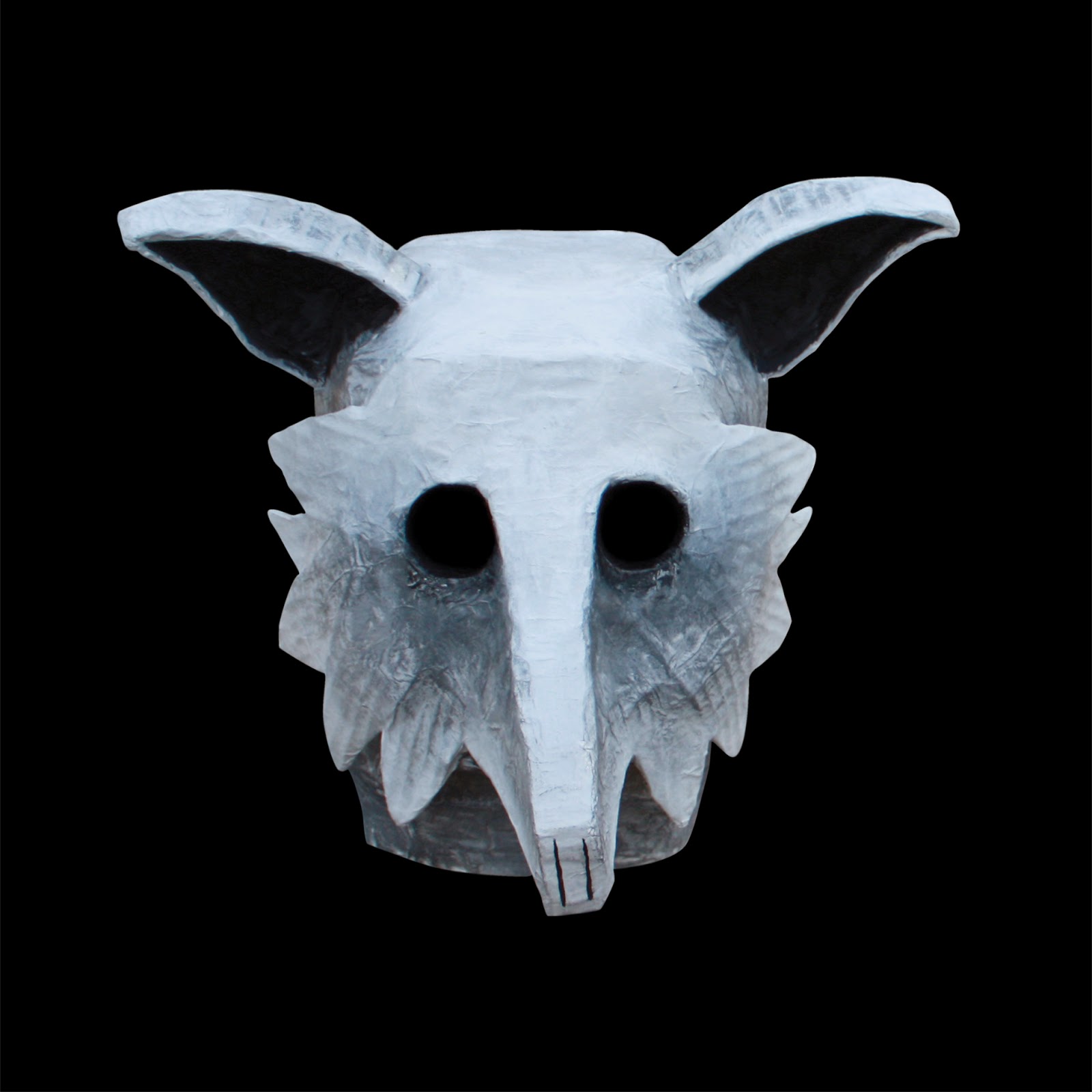 VICCA TANTRUM, is the next statement of a remarkably hardworking producer.
a narrative in form of an album. The story of the Victor Tantrum who on his search for love and recognition is dragged deeper and deeper into the depth of self-doubt. The songs on this album are like effigies of Victors struggle with his mind and soul.
Victor is a city fox in search of his identity which he finds neither in the city nor in the nature. The songs are often embedded in a stream of soundscapes and fieldrecordings. Town noises, traffic noise, voices – everything is melted into an epic picture. if especially in the second part songs, melodies and harmonies emerge out of the dark ambience, we can feel a short relieve, thinking Victor's quest will turn out good.
Sicker Man uses a huge number of instruments, but uses them efficiently enough, so that a few well-placed sounds create the atmosphere that is needed. suddenly there it is, the song.
The warm baritone of Sicker man, is often in duet with Kiki Bohemia, with whom he already collaborated on his previous records. 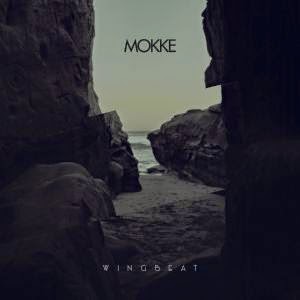 On his new piece of work „Wingbeats“ the japanese musician relies again on his Mokke- moniker and does all the work by himself (with only one little exception: on „Tears In My Mind“, Blank Records label boss Sicker Man can be heard singing). Mokkeʼs music is still influenced by hip hop beats but is not Hip Hop. Itʼs funky but not funk. It has soul but no one would come up with the idea to call it soul music. His rolling beats and reeling melodies, his dense atmospherical tracks and his heavily proccessed singing can be compared to the works of Flying Lotus, Nosaj Thing and DJ Shadow. But Mokke quickly moves on to totally different soundscapes. Maybe his music can best be described like this: „Wingbeat“ is 21st-century-music, created by a producer who has seen and heard it all and who is able to convert these impressions to wicked electronic sounds. 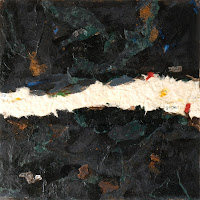 Parallel to the release of "Flower my Decay" SICKER MAN puts out the instrumental ambient album "zu gegen".

inbetween minimal music and kraut rock, these two epic pieces take you on a long night drive on the highway of life.
this music could be compared to bands like CLUSTER, SLOWDIVE and MAX RICHTER. 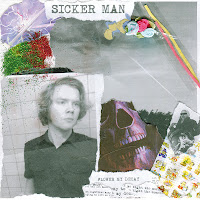 With "FLOWER MY DECAY" SICKER MAN takes a big step towards pop, if there wouldn't be the roughness and noisiness of the production. His soft, wispered voice crashes along with distorted drums and broken synthesizers. Classical song-structures are reflected in complex cello-arrangements - SICKER MAN emphasizes the contrasts of his former work. As if NICK DRAKE would have recorded an album with the equipment of TOM WAITS and the KRONOS QUARTET would have come over to have a jam. 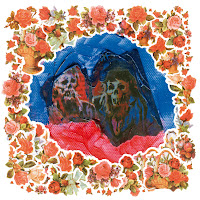 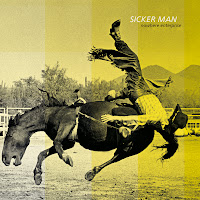 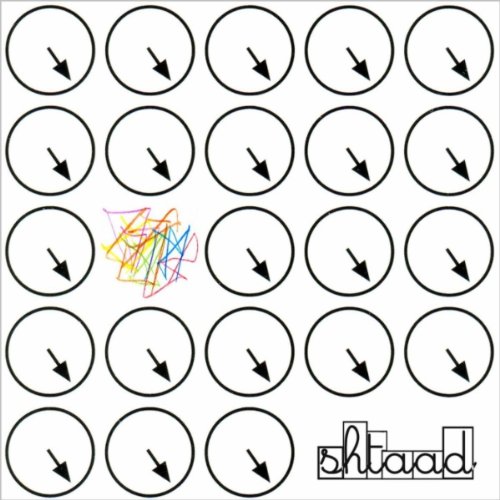 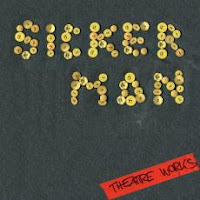 After his last offical release "the subtle life", "theatre works" is proof, that SICKER MAN aka. Tobias Vethake still knows how to combine catchy songs and melodies with strange sounds and instruments. With the help of acoustic guitars, cello, lapsteel, glockenspiel and lots of analog effectpedals he lets his songs float somewhere between SPARKLEHORSE, CLIFF MARTINEZ and ADEM. All pieces are part of theatre plays, e.g. at Staatsschauspiel Dresden and Schauspielhaus Hamburg, where he is also live on stage in the play "Hamlet". 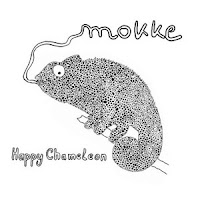 There are 20 tracks on this album and each one manages to challenge the listener, stealing sounds and ideas from almost every major genre electronic music has to offer -- just eavesdrop on the DJ Shadow inspired “Breakdown” and the glitchy yet heartwarming ballad “Silence of the Door Bell”. You could put me in a bumper car and I would feel complete sloshing, jiving and popping in and out to these superlative tunes.
"This fantastic debut album is a colorful patchwork of sounds and melodies glued together by Ikeda’s exceptional production skills. (...) title track “Happy Chameleon”, an exotic and infectious track which should really be drowning out the world’s airwaves." 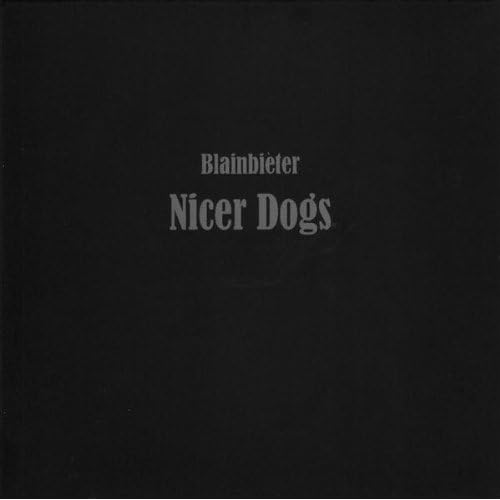 After 4 years in studio BLAINBIETER come back with a furious, disturbing album, that lingers between post- and punk-rock. Noisy guitar feedbacks meet banjo-melodies, distorted vocal shouts are contrasted by atmospheric cello-sounds. This is not easy listening, but finest psychodelica, that reaches your heart andyour brain. 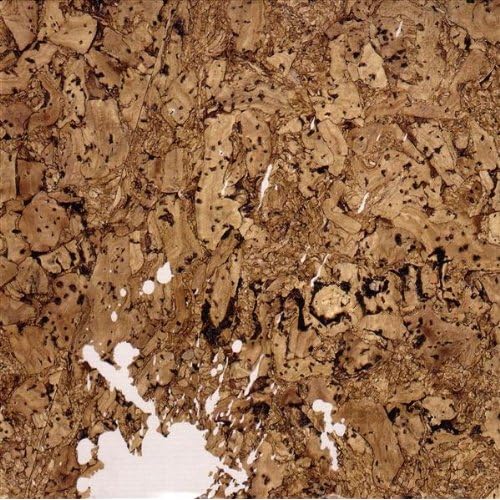 This is the long anticipated debut of the duo VINCENT, consisting of Joao Orecchia and Tobias Vethake. Multiple analog instruments give these atmospheric masterpieces a unique, folk-like attitude, that is combined with electronic soundscapes. Hovering somewhat between The Notwist and Tom Waits, VINCENT create a new genre: folktronica. 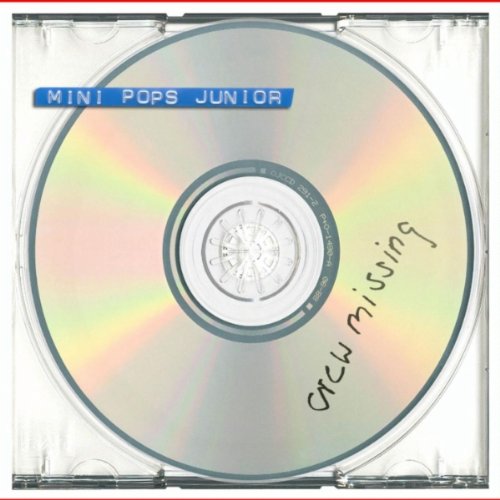 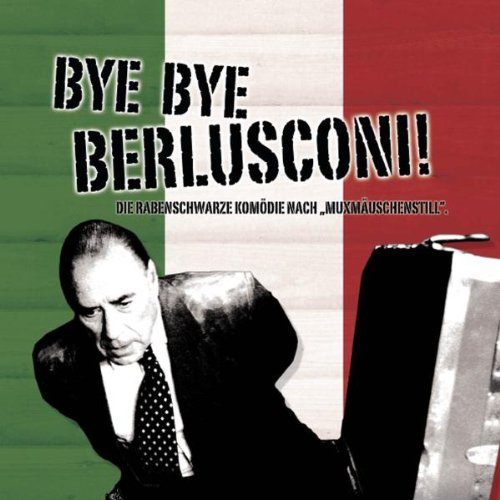 This is the music for the highly controversal italian movie `Bye, Bye, Berlusconi!` by Jan Henrik Stahlberg. Among others it`s mainly The Phirefones that create musical style that makes this movie so strange and yet so authentic. Lingering between Ennio Morricone and The Notwist, The Phirefones combine witty and tiny sounds with big italian melodies. One leading member of the Phirefones is Tobias Vethake (aka.Sicker man). 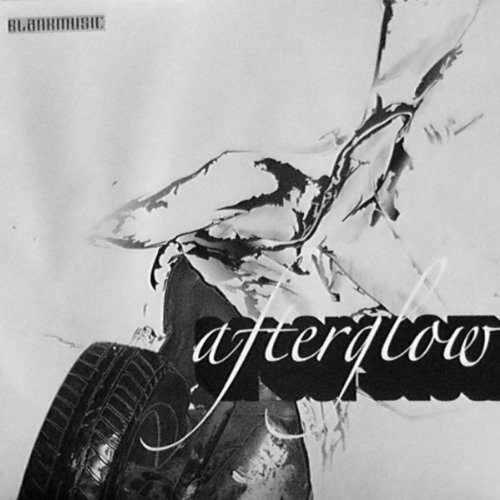 This second Blankrecords sampler features live tracks by Sicker Man, Fotomaton, Vincent, Mini Pops Junior and Blankmusic. This compilation once again explores the possibilities of electro-acoustic improvisation. With soaring melodies and cracking atmosphere, it is difficult to believe this music was made purely with live instruments and without computers. 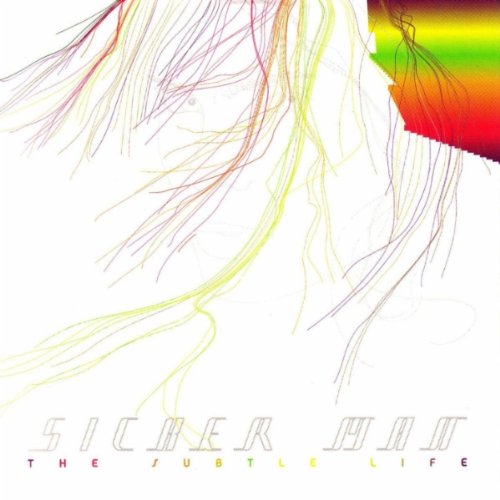 The second album by Sicker Man is a perfect meeting of ambient and pop. The same delicate exchange between atmosphere and textures we heard on his debut, Duive Moro, combine with vocals, beats and broken rhyrhms that closer resemble unhealthy machinery than imitation drums. 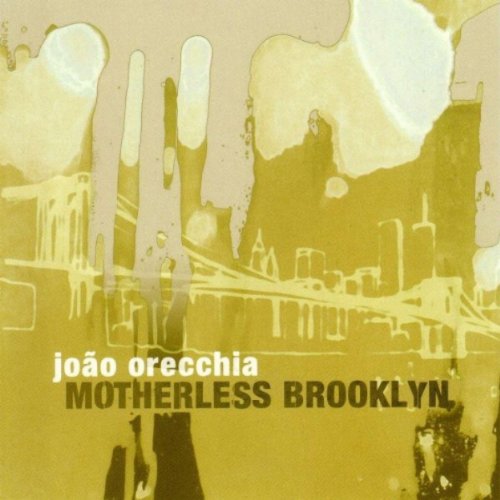 This is the first solo album of electro-acoustic guitarist João Orecchia. Touching on the experimental, the poptastic, the soundscape and the beat, the result has a beautiful and sometimes epic quality. Motherless Brooklyn explores ideas of `home, homelessness and the feeling of displacement`through a narrative of epic beauty. 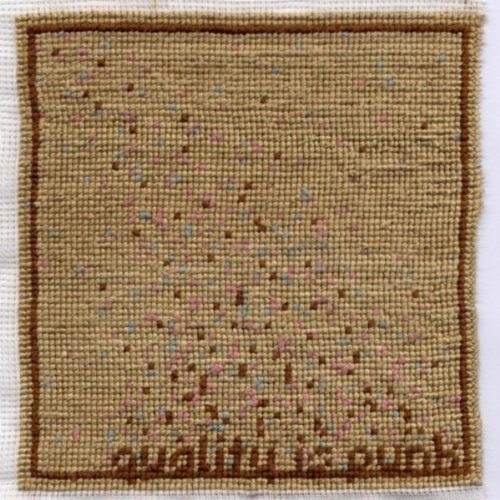 This Blankrecords sampler contains music that is inherently both acoustic and electronic. Virtually void of beats, Quality is Punk proudly occupies an undefined space, hovering between noise and melody, hiss and archestral depth. 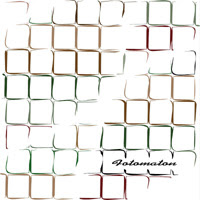 This one sided vinyl release puts you in one of Berlin`s famous wandering clubs, dimly lit and smokey, with Fotomaton beautifully clashing acoustic instruments and turntables noise. Improvised, atmospheric and mischievous, Live at NBI captures Fotomaton`s expertise at it`s best. 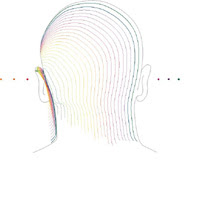 Full of cellos and acoustic guitars, Sicker Man`s debut album is dreamy and romantic- It is the ultimate melancholy soundtrack to a moonlit winter`s night
Neuerer Post Älterer Post Startseite